Egyptian Eye
on the Sky

Egypt’s gateway to astronomy and space sciences for the public.
We bring the stars to your backyard. Free In-Person and online activities for adults and kids. 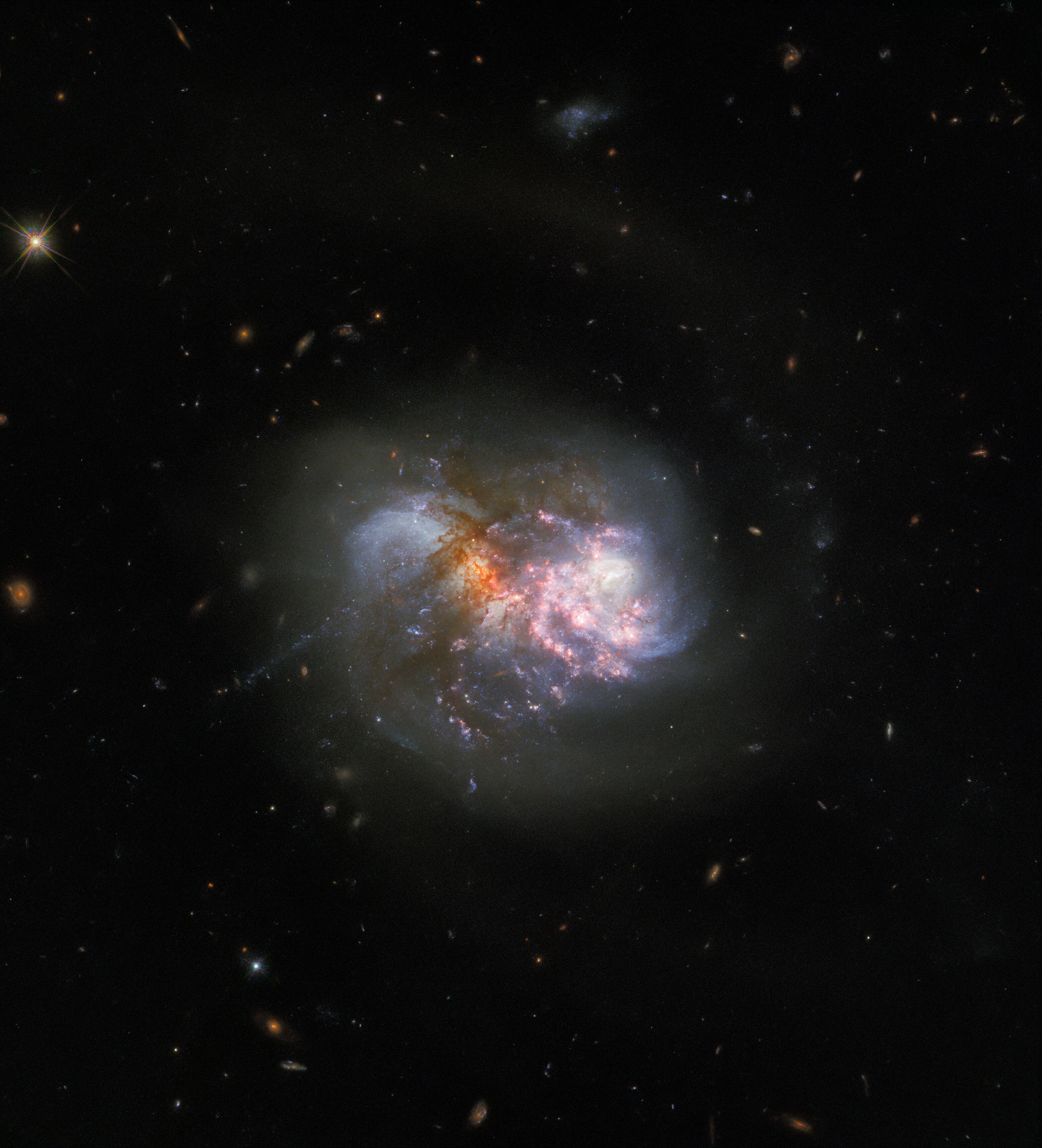 Astronomy Picture of the Week

A cataclysmic cosmic collision takes center stage in this image taken with the NASA/ESA Hubble Space Telescope. The image features the interacting galaxy pair IC 1623, which lies around 275 million light-years away in the constellation Cetus (the Whale). The two galaxies are in the final stages of merging, and astronomers expect a powerful inflow of gas to ignite a frenzied burst of star formation in the resulting compact starburst galaxy.

This interacting pair of galaxies is a familiar sight; Hubble captured IC 1623 in 2008 using two filters at optical and infrared wavelengths on the Advanced Camera for Surveys. This image incorporates data from Wide Field Camera 3, and combines observations taken in eight filters spanning infrared to ultraviolet wavelengths to reveal the finer details of IC 1623. Future observations of the galaxy pair with the NASA/ESA/CSA James Webb Space Telescope will shed more light on the processes powering extreme star formation in environments such as IC 1623.

Now is your opportunity to build a scientific background in space and astronomy, online.
Through our online lectures, workshops, and courses you will be able to get in-depth information about blackholes, rocket science, space travel and more …

Video of the Week